There are large gaps in our public health system, particularly around environmental health issues associated with large scale industries like oil and gas. This instance is just one of many. Public Lab researchers are attempting to innovate novel community based approaches to environmental health problems like hydrogen sulfide, so that communities and workers may begin not only developing systems to track their exposure, but also generating data and evidence in order to scientifically validate their experiences. 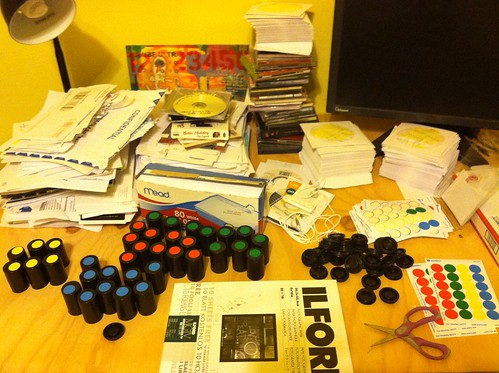 (Setting strips up in the film canisters)